In the highly technical war of attrition of transatlantic racing, precision load monitoring is essential.

A jewel in the IMOCA globe series calendar, Route du Rhum represents the culmination of years of hard work for many sailors, and an opportunity to compete for one of offshore sailing’s most legendary titles.

Thus, the fine tuning, analysis and technical preparation poured into it by the world’s elite offshore racers and their teams is second-to-none. The new generation of IMOCA 60 is a high-performance machine from bow to stern, and with all that potential speed and power, the challenge is taking advantage by hitting the right settings for the conditions as consistently as possible throughout the race.

So, when the leading boats get their hands on technology, outside of one design restrictions, that allows them to optimise their rigging and sails, it’s not long before it spreads right through the fleet.

This has been the case with Cyclops wireless load sensors – particularly the smartlink sensor for soft rigging (pictured below).

As solo sailors, the skippers need to optimise their systems onboard for racing manoeuvres and sail changes, with the goal of maximising speed and pushing the limits. The reliability of Cyclops load sensors means skippers can focus on the changing conditions and get the best out of their equipment. Conserving energy and mental focus is crucial in solo sailing, repeatable settings take the guesswork out of it.

Offshore racing presents the challenge of sailing at night. Without full visibility of the sails and rig, Cyclops load sensors can be your eyes in the night. With load data wirelessly relayed to displays in the cockpit, the skippers can stay sheltered and be confident they are optimising their boat speed and hitting their targets.

Many of the most consistent top performers like Charlie Dalin’s Apivia, Thomas Ruyant’s LinkedOut, and Damien Seguin’s Groupe Apicil have been using the sensors to great effect. A flurry of new IMOCAs like Vendée Globe Champion Yannick Bestaven’s Maitre Coq, Sam Davies’ Initiatives Coer, Boris Hermann’s Malizia, and Kevin Escoffier’s Holcim PRB (to name a few) were launched over the summer with Cyclops already installed.

Walking the dock this week in Saint-Malo, the majority of the top IMOCA 60s are now Cyclops-equipped, and the solo sailors and their teams trust the sensors with some of the most performance critical monitoring across the boat:

“We rely so much on the smartlinks in the backstay. It’s much better than the ‘flick the rope with your fingers’ technique people used to use to measure tension… we rely on the numbers so much that you definitely notice when you don’t have them visible, if someone changes the screen. The data makes hitting the right setting so much faster.”

What makes smartlink so useful is the ability to install the sensors quickly into your existing rigging, immediately verifying your settings with complete accuracy. Its durability and immense 2,000-hour battery life mean you can install it and leave it for months in the harshest conditions.

And they aren’t just for onshore tuning. Sailors view all Cyclops sensors live in-race, as numbers are sent via Bluetooth to onboard instruments. This means that hitting the right setting equates to hitting the right number, and you can adjust in real time to perfect your settings. With so much data and analysis going into racing, IMOCA teams have refined this to a science. Cyclops sensors log all the data for export and integration with other inputs so you can go away and analyse in-depth.

There is also another major benefit to using Cyclops. Rig failure is not only catastrophic for sailors competitively, but is also a major safety hazard.

“We use the sensors to gather data on the limits of different lines to prevent breakages during racing”.

“When I’m sailing alone across oceans, I need to rely on all the kit on the boat, so I’m delighted to be using Cyclops Marine’s wireless load sensing technology”

The technology has also spread to the Ultim fleet, in which Banque Populaire XI and Sodebo Ultim 3 are both using Cyclops. Sodebo have their furling headsails ready to go, with a smartlink 10t rigged into the tack of the J0.

Cyclops sensors are not just for grand prix racing. The Cyclops range caters for yachts large and small, and for every level of the sport, inshore and offshore. 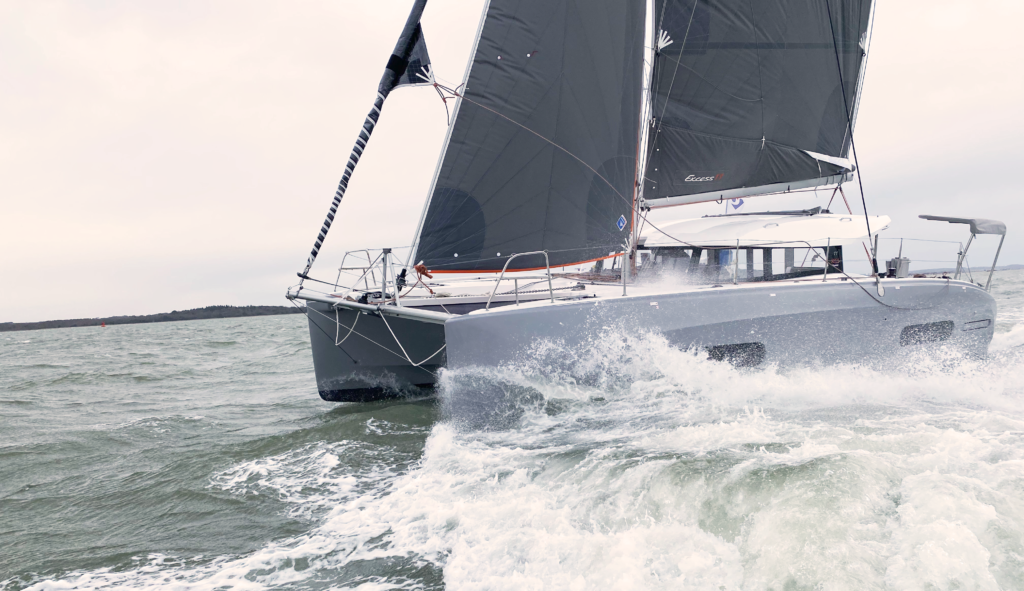 Do you know your rig limits?