Many of the leading IMOCA Teams targeting the next ​​Vendée Globe, as well as top double-handed offshore teams, including the likes of double Olympic gold medalist Shirley Robertson, and Dee Cafari, the first woman to have sailed single-handed around the world in both directions, have Cyclops wireless load sensors to help them “see” when the light won’t allow it…

Offshore sailing is one of the most complex, technical challenges in all of sport, as well as being up there with the most attritional of tests for both mind and body. With innumerable variables affecting your performance at any given time and the constant need to avoid obstacles and adapt to forces outside of your control, anything that can provide insight into those variables, and allow you to control the controllables is golddust to the offshore sailor.

Broken down into its simplest terms, the challenge is to react to conditions and hit optimal settings as often as possible over the duration of the race. This means that you’re constantly adjusting sail shape to what you “feel” is the fastest setting. Wireless load sensors from Cyclops Marine remove that element of guesswork, allowing you to match your feel to an exact number, live on screen. Simple additions to your rig, they broadcast live load data via Bluetooth to your smartphone and onboard displays.

This is a huge competitive asset at any time, whether offshore or onshore, but where many top offshore sailors have lauded the data is in its ability to enable them to “see” without seeing – as the live load data correlates exactly to sail shape – it reveals sail shape in the middle of the night when getting the right setting is particularly tricky…

“If, for instance, you’re double handers in the dark, in the middle of a long race, very tired, and you know what number you’re trying to hit that’s a good setting, a good mode, then it makes it very easy to find that setting”.

Available for soft and standing rigging, and as an attachment to your furler, and now due to Cyclops’ collaboration with North Sails, as an upgrade to the tack fitting on North Helix sail – you only need to install the sensors and pair them with your onboard instruments before you begin to learn your fast numbers and get faster and faster as you get acquainted with the data…

“We have some numbers that we rely on, so, in the middle of the night for a given wind strength just hitting the number and knowing… ok this is fast… we’re there now. But as with all data the cool thing is that when you think you’ve figured it out there’s always another layer of new findings and more speed and more modes, and if you match up wind angles, target speeds and forestay tension then you find more and more performance in the boat”.

Peter and his team use a smarttune wireless load sensor from Cyclops on their forestay – pictured below onboard Blur.

The ultimate nightmare for the offshore sailors is, of course, equipment failure. In the middle of the night, early in the morning and around the clock, constant, live load data from Cyclops sensors also helps you to push the boat hard while staying safely within your limits and avoiding any nasty surprises.

“When I’m sailing alone across oceans, I need to rely on all the kit on the boat and be confident in my suppliers. So I’m delighted to be using Cyclops Marine’s wireless load sensing technology.”

Want to know more? To get in touch with a Cyclops expert, email: info@cyclopsmarine.com

Catching up with the champions: How Wireless Load Sensing Is Bringing The Middle Of The Fleet Forward 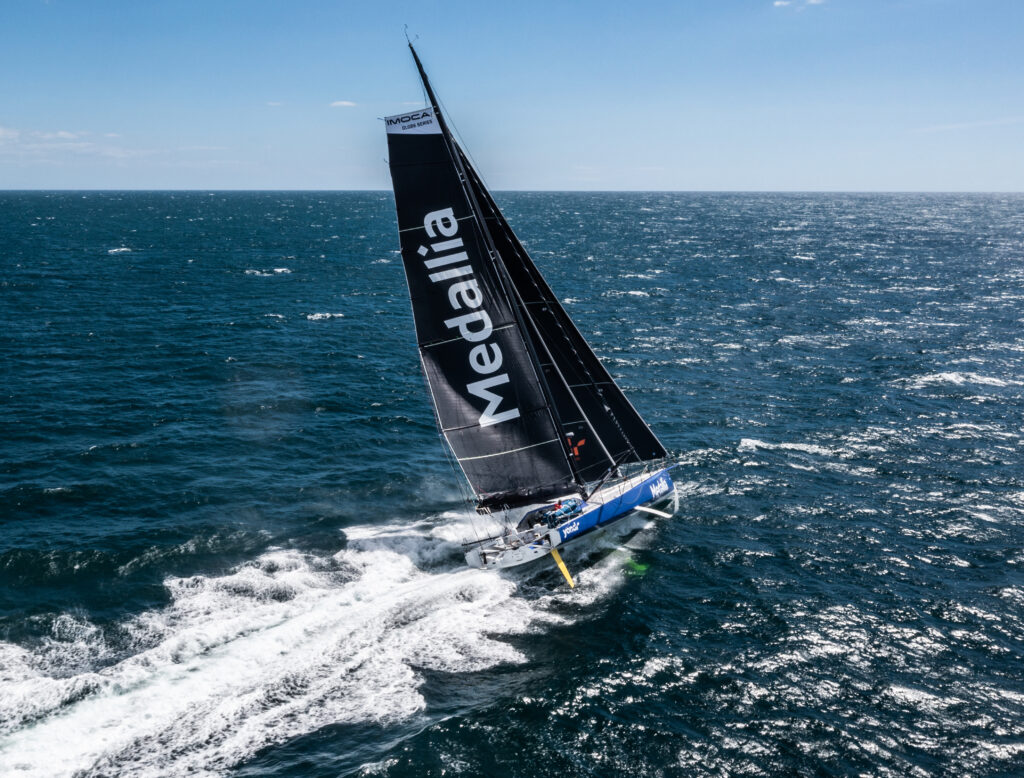