After nearly 100 years of the Fastnet we know what to expect from the biggest offshore race in the world. An awesome spectacle, drama & excitement, tough, exhausting conditions, and no small element of danger.

The 49th edition was particularly brutal, with huge waves from the start, 30+ knot winds, and a monumental battle upwind all the way to the Fastnet Rock, with sea state and wind speed changing constantly.

Something that was new this year (apart from the finish in Cherbourg) was many boats excelling with new technology in the form of Cyclops load sensors. With the need to accurately change through the gears with changing wind and waves, avoid equipment failure in heavy winds early on, and make sail changes in the dark, smartlink and smarttune sensors really come into their own.

Someone who felt this intensely was Rob Bottomley, skipper of Mat 12 Sailplane who led IRC 1 for long periods and finished 4th in IRC 1 & 5th overall.

“I consider the Cyclopsrig measurement unit a major contribution to leading class one round the rock”.

Rob uses a smarttune on the forestay of Sailplane, and reaped the benefits on the way out to the legendary Fastnet Rock as accurate live load data enabled Sailplane to maintain their fastest settings through the changing conditions.

Further outstanding performances were first and second in IRC 3 (and in the ultra-competitive  double-handed class) JPK 1030 L​​éon and Sun Fast 3300 Swell, who had an epic battle (both using Cyclops sensors). L​​éon saw their dominant lead cut away in the final stages as team Bomby/Robertson applied pressure but ultimately came up short.

Another notable team which benefited from having accurate load data to rely on were Lombard 46 Pata Negra, who finished third overall and second in IRC 1. Maxime Mesnil of French double handed J/99 team Axe Sail (pictured in header) who finished 9th in IRC 3 also added:

“Being short handed means there is always a lot to do and check, having the data displayed on the NKE means we can also know what is happening with the Forestay”.

Wireless load sensors are proving essential for offshore racing. When wave and wind patterns are unpredictable and difficult to read, and when things get rough and crew members are exhausted, sailors can depend on live load figures used in conjunction with those learned and refined in training to help see them across the line.

When sailing in complete darkness, observing sail shape can be a major challenge, and viewing load figures on screen allows you to “see” sail shape without seeing.

We saw a large number of teams retire from this year’s Fastnet Race, which was a stark reminder of the dangers of rig overload​​—something much more easily avoided with close monitoring from smartlink and smarttune.

Fleet leaders are reaping the benefits of wireless load sensors from Cyclops. Don’t get left behind, email our expert team today. 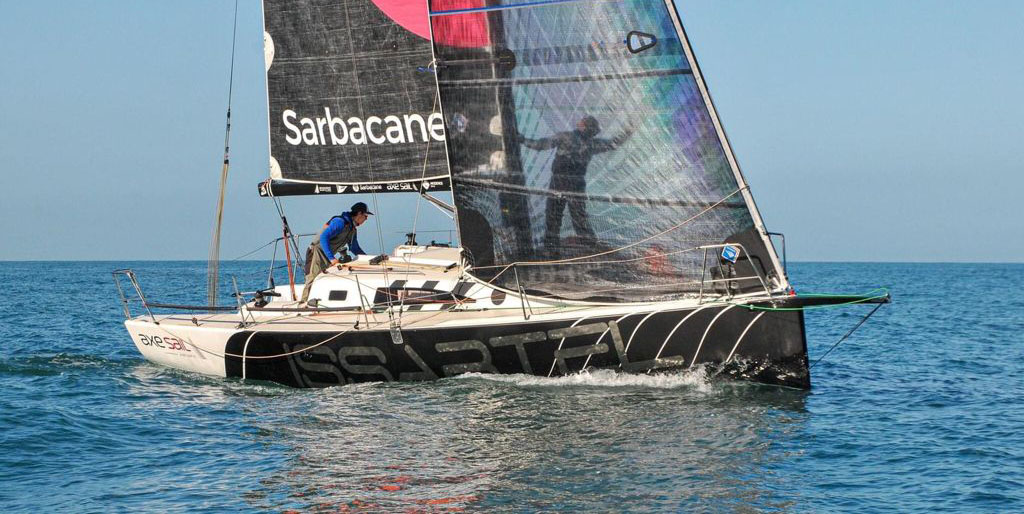